This time Tabletopia talks to Ryan Laukat, the founder and president of the Red Raven Games as well as the designer and illustrator of many great games, including City of Iron, Above and Below, Eight-Minute Empire Legends, Artifacts Inc.,  Islebound, and more.

In the interview we’ve found out about when Ryan started drawing and making games, what he thinks about Legacy games, what are his favorite board games, and a lot of details about his upcoming game Near and Far, which was a massive success on Kickstrater and is now available to play on Tabletopia! Some questions were asked by Tabletopia users.

Designing and Playing Board Games

When and why did you start designing board games?

I started designing board games when I was twelve years old. I wanted to create a card game with fantasy creatures, and drew the creatures on the cards with colored pencil. I liked the idea of being able to create an immersive setting using both artwork and game mechanics.

Where do your first ideas for new board games usually come from? What inspires you while you’re working on a game?

Much of my inspiration comes from old video games. I played lots of SNES [Super Nintendo Entertainment System] games and many point-and-click Lucas Arts titles, and love the bright worlds these places created in my imagination. I also play as many board games as I can, and draw mechanical inspiration from my favorites. When I create a new game, my goal is to explore a new setting and create a new, immersive world.

Do you work on one game at a time or have a lot of games in different stages?

I have many games in various stages, but I usually focus heavily on one after it reaches 50 percent of development.

END_OF_DOCUMENT_TOKEN_TO_BE_REPLACED

November was huge for us at Tabletopia. A lot of good things to sum up, once this month is over!

First, the Early Access stage was finished and Tabletopia became free-to-play on Steam.

We’ve been preparing for this step ever since the start of Early Access in March. And all this time we’ve been working hard to add over 80 games and a lot of new features for you, to name a few:

We still have a long to-do list and a lot of plans, and we will continue adding new games and new features for you around the clock. But you can already install Tabletopia for free on Steam and play most from the 300+ games in our catalog with anyone in the world. 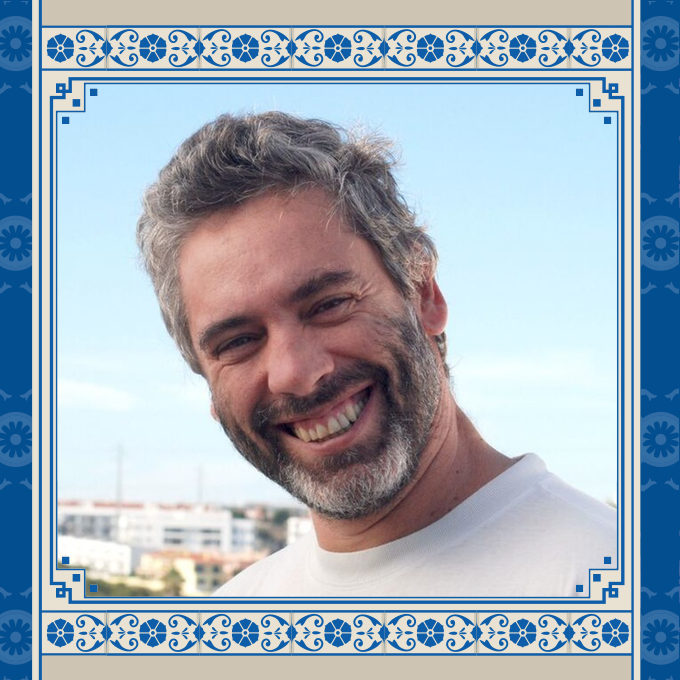 In November we hosted the first in our upcoming series of games taught by their authors online.

We played Lisboa, the fresh new game by Vital Lacerda. Vital taught the game himself and talked about the creation process and the historic events that inspired him to create the game.

“Learning #Lisboa on @TabletopiaGames with @vitallacerda himself present. Love these modern times! ….and thanks for providing the history to every mechanic, Vital! 18th century wigs, not the least ;)” aPlacidWorker

More of this kind of events are planned for December, and at least three more live demos with authors are already scheduled. Stay tuned!

END_OF_DOCUMENT_TOKEN_TO_BE_REPLACED

Starting today, Tabletopia becomes free-to-play on Steam*. You can now join Tabletopia on Steam for free, as well as play most of the 300 games featured on the platform.

If you have supported our Early Access stage, your free month of Premium will now start counting down. If you don’t yet have Premium, consider purchasing it to unlock the full Tabletopia potential and give your support to favourite authors and publishers.

END_OF_DOCUMENT_TOKEN_TO_BE_REPLACED

October, the month of the Spiel Essen and the pre-Halloween excitement, is now over but let’s recall all the good things it brought to Tabletopia.

We now have 290+ board games on the platform!

Have you played these new board games added to our catalog this month? Click the image to start playing online now (if you have Tabletopia account).

Pathogenesis is a deck building game in which players take on the role of bacterial pathogens attacking a human host.

END_OF_DOCUMENT_TOKEN_TO_BE_REPLACED

Tired of “trick-or-treatin'” and wearing the same costumes? Too many Harley Quinns on the streets this year? Why not play some horror board games on this eery night instead? Check out our selection of 10 sinister games ideal to celebrate this spooky day!

Some games on this list are free-of-charge to play even without accounts, and remember that your friends play for free at all times if you invite them!

Cult is an worker placement, action bidding game for 2–5 players with a unique theme of managing a sinister cult.

Also, we will be teaching this game for free this weekend on Saturday Oct 29 at 1PM (New York time). Sign up for the event here.

END_OF_DOCUMENT_TOKEN_TO_BE_REPLACED

About to launch a new campaign on Kickstarter to fund your board game? Make sure you read this article before starting.

These simple steps will help boost your campaign on Kickstarter with minimal effort from your side.

How Can We Help?

But first of all, here’s what Tabletopia can do for you:

Now we got you interested? Read on for 5 simple steps you’ll need to make.
END_OF_DOCUMENT_TOKEN_TO_BE_REPLACED

The Spiel Essen 2016 is now officially open! Hundreds upon hundreds of new games from all over the world will be presented, demoed, played there by tens of thousands of players.

What, you couldn’t go to the Spiel this year? Don’t worry, you can still enjoy some of the hot new releases on Tabletopia!

Vikings Gone Wild is the tabletop adaptation of the hugely successful online game mixing together deck building and resource management.

Crisis is a gritty, dystopian economic game of worker placement and resource management for 1 to 5 players set in a dieselpunk setting.

END_OF_DOCUMENT_TOKEN_TO_BE_REPLACED

In the Name of Odin by NSKN Legendary Games (Simurgh, Mistfall) was added today to Tabletopia, and we’re glad to publish this inteview with Blazej Kubacki, the designer of Mistfall and one of the members of NSKN Games, to celebrate this occasion!

Tell us a bit about NSKN Legendary Games for those who don’t know you. What inspired you to create the company, and how did you go about getting started?

The company was created in 2011, and the idea was really simple: we wanted to make great games (Legendary games, actually).

Also, the decision to start NSKN Games was influenced by the fact that we had become avid gamers about two years before, and we have been fascinated with games and gaming ever since.

By the way, where did the name NSKN Legendary Games come from and what does it stand for?

In truth, it is very simple: it consists of the first letters of names of the company founding members. And no, the “K” is not me, I joined the company a few yeas later, but its origin story is known to me really well at this point.

END_OF_DOCUMENT_TOKEN_TO_BE_REPLACED

September has been a great month for new games on Tabletopia. We now officially have over 280 games in our catalog and it’s only the beginning.

Also you can try many games for free without registration, including Scythe, Keyflower, Viticulture, Tigris and Euphrates and many others. Check them out!

Have You Played These New Games in September?

END_OF_DOCUMENT_TOKEN_TO_BE_REPLACED

Do you like co-ops as much as we like them? At the end of the day when you’re tired of competing and defeating each other, cooperative games are a nice opportunity to boost the team spirit by kicking the ass of some evil cardboard villains.

Here are some of the choicest co-ops you can play on Tabletopia now. Remember, you can always play with friends who don’t have Tabletopia accounts: just share the link or room number with them and let the fun begin. And some games are now free to try!

Police Precinct is a cooperative/semi-cooperative game where players are tasked with solving a mysterious murder while simultaneously working to keep crime on the streets under control, and to keep the city from falling into chaos.

Sword & Sorcery is an epic-fantasy cooperative board game in which 1-5 players fight together against the forces of evil, which are controlled by the game system itself.